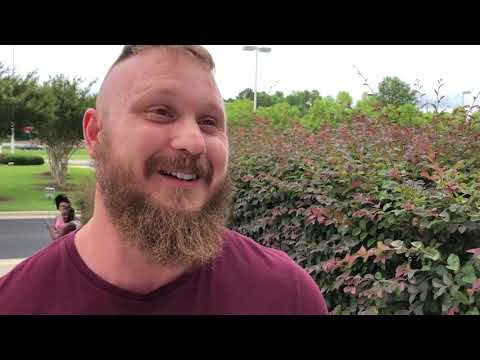 Ever hear of Veterans Treatment Court?

Drug Courts on the Front Lines In War on Opioids

Written by Bill Schiffner, Contributing Editor Courts Today Magazine June / July 2018 Pages 26-28, 32 New hi-tech solutions on display at NADCP 2018 Drug treatment programs for offenders on probation continue to help people stay out of jail if they avoid drugs, comply with supervision and pass regular tests to prove they are drug free. This practice saves the cost of incarceration and supports the offender’s rehabilitation within the community. Research shows that court-moni
39 views0 comments
Kevin

ADDICTION REHAB IS BROKEN. CAN TECHNOLOGY FIX IT?

Written by Zachary Siegel Published on WIRED l BackChannel l 04.01.18 My time in rehab for an opioid addiction left me humiliated and desperate to know why my friends were dying. Now a wave of app developers are trying to do things differently. MY DAD’S COMPANY had season tickets to the White Sox. On muggy Midwest summer days we’d go as a family—always sitting in the same seats, 25 rows above first base. I told this to a counselor I’ll call Bill, when he asked me to remember
56 views0 comments
Kevin

Many have observed the power of a story of personal recovery from substance use disorder, but it can be difficult for organizations to justify funding and partnership opportunities without credible analytics and metrics. The Recovery Data Platform (RDP), a cloud-based software solution developed by Faces and Voices of Recovery and RecoveryTrek, accumulates, processes and generates useful reports that simplify the process for stakeholders. ---------------------- NORFOLK, VA. (
109 views0 comments
Kevin

Written by Rich Lord Pittsburgh Post-Gazette April 15, 2018 [ASAM: 49TH ANNUAL CONFERENCE: Innovations in Addiction Medicine & Science] SAN DIEGO — After years of surging overdoses, some of the officials and medical practitioners most deeply involved in the fight against opioids have hope that they finally have the tools, the funding and the public support needed to get the epidemic under control. “I have some cautious optimism,” Debbie Dowell, a senior medical adviser at the
51 views0 comments
Kevin

Centers for Disease Control and Prevention Vital Signs Report: 03/06/2018 Overview Emergency department (ED) visits for opioid* overdoses rose 30% in all parts of the US from July 2016 through September 2017. People who have had an overdose are more likely to have another, so being seen in the ED is an opportunity for action. Repeat overdoses may be prevented with medication-assisted treatment (MAT) for opioid use disorder (OUD), which is defined as a problematic pattern of o
15 views0 comments
Kevin

WHO KNEW? THE SECRETIVE FAMILY MAKING BILLIONS FROM THE OPIOID CRISIS

WRITTEN BY CHRISTOPHER GLAZEK, OCTOBER 16, 2017 [Esquire Magazine - esquire. com] You’re aware America is under siege, fighting an opioid crisis that has exploded into a public-health emergency. You’ve heard of OxyContin, the pain medication to which countless patients have become addicted. But do you know that the company that makes Oxy and reaps the billions of dollars in profits it generates is owned by one family? The newly installed Sackler Courtyard at London’s Victoria
27 views0 comments
Kevin

By SHEILA KAPLAN, FEBRUARY 25, 2018 The New York Times In an effort to encourage new treatments for opioid addiction, the Food and Drug Administration plans to begin permitting pharmaceutical companies to sell medications that help temper cravings, even if they don’t fully stop addiction. The change is part of a wider effort to expand access to so-called medication-assisted treatment, or MAT. The agency will issue draft guidelines in the next few weeks. A senior agency offici
13 views0 comments
Kevin

Written by Ed Cara, February 02, 2018 [Gizmodo] As doctors and scientists struggle to turn the tide of the opioid crisis, which killed more than 63,000 Americans in 2016, there are others looking further ahead, trying to create a world where addiction can’t take hold in the first place. One such approach, created by a team of scientists in the U.K., is a nasal spray that shoots a naturally produced opioid straight to the brain—seemingly without causing the euphoric high and t
12 views0 comments
Kevin

Kristie Auman-Bauer January 23, 2018 UNIVERSITY PARK, Pa. — Opioid overdose deaths in Pennsylvania increased 37 percent in 2016, ranking the state fourth in the nation. Coming on the heels of Gov. Tom Wolf’s declaration of the opioid crisis as a disaster emergency, Penn State recently held its first University-wide summit on the opioid epidemic. The summit drew together almost 200 researchers, practitioners and educators from across the Penn State system with the goal of deve
9 views0 comments
Kevin

By Laurie McGinley and Katie Zezima February 10, 2018 [Washington Post ] Andrew Turner’s years in the military left him suffering from post-traumatic stress disorder, anxiety, back pain and the effects of an injury that mangled his hand. “I was a broken toy,” he said. Tossed aside. Barely able to get off the couch. Then he started using an herbal supplement that he says saved his life: kratom. Nancy Knoebel’s 27-year-old son, Daniel Teichman, began using kratom after he stop
72 views0 comments
Kevin

The Most Common Medications Used in Treatment of Opioid Addiction

STAGE 1: Medications During Detox Addiction treatment begins in earnest during detox. During drug withdrawal and the subsequent stages in recovery, the body needs to remove the substance remaining in the body, to get back to normal. The earliest symptoms of withdrawal can occur within the first few hours of the last dose taken and may last for a week or more, depending on the history of use.  So, what symptoms are common? During the early stage of opioid or opiates withdrawal
24 views0 comments